Even if you’re hard to impress, the geological formation that gives Natural Bridge State Park its name will make you say, “WOW!” Virginia’s Natural Bridge is an astonishing genuine beauty.

“The bridge itself is a pretty spectacular feature,” says Park Manager Jim Jones. “That’s what draws everybody to the park, it’s the main attraction. People say that words just don’t describe it and pictures can’t do it justice. Most of the time when I’m there interacting with park guests, their first word is ‘wow.’ It’s one of those impressive things that leaves you speechless.”

Before becoming a state park, the bridge was privately owned for nearly 250 years. In 1774, Thomas Jefferson purchased it and 157 surrounding acres from King George III of England for 20 shillings. “Thomas Jefferson hired a freed African American by the name of Patrick Henry to be the caretaker here,” says Jones. “He lived on the property with his wife and did a lot of what we do today, including taking people down to visit the bridge, so we like to say that Patrick Henry was our first park ranger.”

The 215-foot tall bridge was carved out of limestone by Cedar Creek as part of the karst terrain created by erosion. “Our bedrock is fairly soft as rocks go and the topography we have here up and down the Shenandoah Valley is like a honeycomb of caves, caverns, and cracks,” says Jones.

With 1,500 acres, today’s Natural Bridge State Park offers much more than the bridge. Find beautiful forests, rolling meadows, mountain vistas, the James River valley, and cascading 30-foot waterfall. Among the park’s six miles of hiking trails is the universally-accessible Cedar Creek Trail that leads from the bridge to the Monacan Village, Lost River, and Lace Falls.

The Monacan Village, typically open from April 1 through Thanksgiving weekend, is a living history showcase of how native people lived in 1699. Watch reenactors fix food, tan hides, build structures, weave fishing nets and baskets, cook, garden, and make pottery. A replica wigwam is on exhibit year-round in the Visitor Center, where you’ll also find several other displays plus a gift shop.

Throughout the year, the park hosts a variety of fun, informative workshops, programs, events, and festivals. “Park After Dark” opens areas typically closed after sunset with options like “Full Moon Yoga” sessions with instructors from Center of Gravity Yoga and “Owl Prowl” hikes that look for nocturnal animals.

“Art in the Park” showcases local artists demonstrations. Each fall, wagon rides are offered on Saturdays.

“Base Camp” inside the Visitor Center is where to “come gather information from expert park interpreters to plan your park adventure,” says Jones. You can also see displays about the wildlife and nature of the James River watershed.

Natural Bridge State Park is an International Dark Sky Park. “A lot of people who come here from metropolitan environments simply don’t have the view of the night sky that we do,” says Jones. “They’ll gaze up and say, ‘We don’t get to see the stars like this where we are!’

This gives us an opportunity to educate about light pollution: It’s not just about stars you can’t see, it disrupts animals’ feeding patterns and natural biorhythms.”

To encourage even more wows, a new Children’s Discovery Play Trail offers interactive fun. A half-mile trail leads to a vista overlooking pollinated fields to the Blue Ridge Mountains. “Eight different stations in a nature classroom will give kids an opportunity to play outdoors in the dirt and be creative,” says Jones.

“They’ll be able to build forts in the woods, step into a grove of trees that’s a cool place to play, draw on a blackboard, act in a mini amphitheater, play music on hollow logs,” and more options. Picnic tables and nearby parking are convenient for families.

Natural Bridge State Park is located at 6477 South Lee Highway in Natural Bridge, Virginia. Call 540-291-1326 for more information. The park, which is listed on the National Register of Historic Places, is just one of the many great reasons to visit Lexington, Virginia. 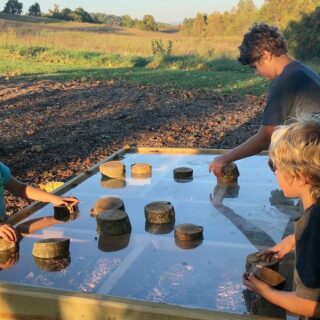 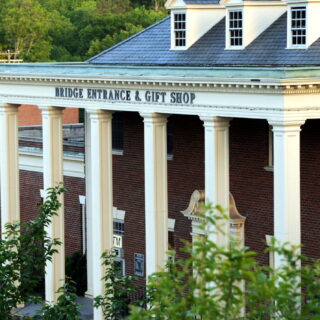 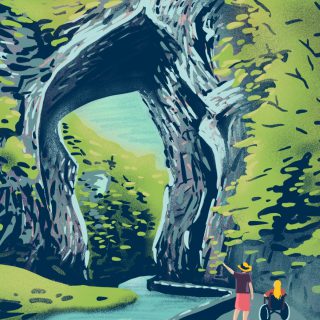 Located conveniently to the southern end of Rockbridge County with free visitor parking for cars, RVs and buses.[…]