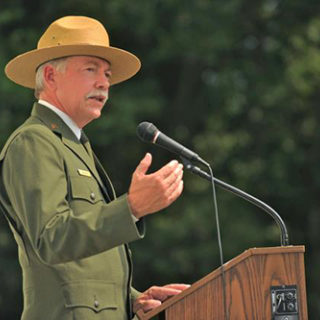 On the surface, the mountains and streams of the Shenandoah Valley have little in common with the halls of Congress. The connection, however, is Jonathan Jarvis, the 18th Director of the United States National Park Service, who was confirmed by the U.S. Senate in 2009. Jarvis, a Rockbridge County native and Natural Bridge High School graduate (class of ’71) will be coming home to his beloved Valley October 16 and 17 to help cement a legacy of conservation and love of the great outdoors that he and his brother Destry have spent their lives promoting.

A fundraiser reception and buffet honoring Director Jarvis will be held on Friday, October 16 at 6:30 P.M. at the Stonebridge Center in Natural Bridge Station, Virginia. The Appalachian Trail Community Celebration will take place on Saturday, October 17 from 9 A.M. – noon at the Glasgow Fairgrounds and will include activities such as guided hikes, A.T. games, wildlife activities, crosscut saw demonstrations, compass course and Leave No Trace games. Director Jarvis will be honored at a special presentation at noon.


“The inspiration for my work came out of the fantastic Shenandoah Valley,” Jarvis said recently. “I climbed every mountain within sight of my house. I fished every river.” He went on to add that his love for the natural world came from his parents – his mother was a teacher and his father served as the mayor of Glasgow while also running a barber shop that doubled as a game check station. 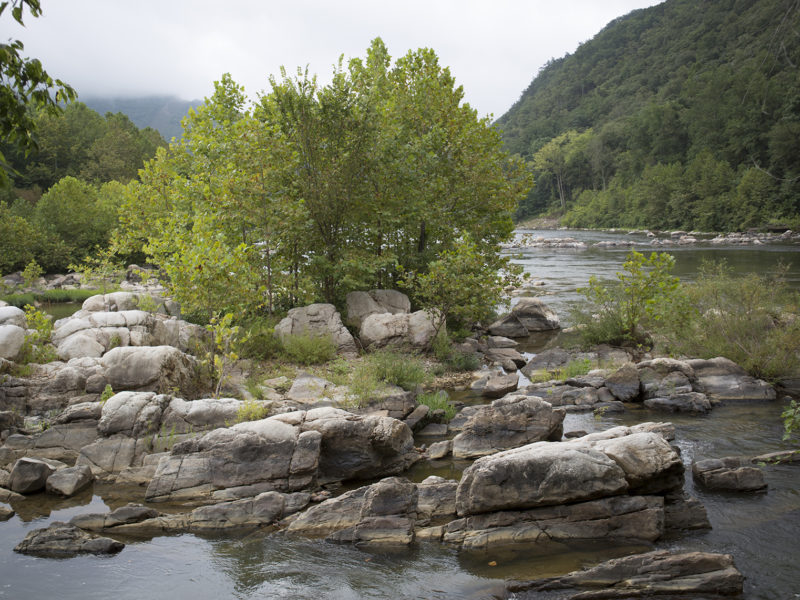 “My dad was the classic outdoorsman and a patient hunter. We would go out in the woods and sit and watch the forest. After 15 or 20 minutes of sitting, the forest forgets that you are there. I can never take that for granted,” he added.

The homecoming for the Jarvis brothers comes on the eve of the National Park System’s 100th birthday, something that Jarvis and the nation are gearing up to celebrate in 2016. Not only will next year mark the Park Service Centennial, but it marks Jarvis’ 40th year with the system. Jarvis and older brother Destry both earned biology degrees at the College of William and Mary. Destry began working in the conservation field and suggested that Jon try the Park Service. The rest is history.

As is typical with Park Service careers, assignments took Jarvis hither and yon. He made superintendent at Craters of the Moon National Monument and Preserve in the 1990s and then moved on to a post in Alaska. He was serving as regional director for the Pacific West Region that includes Guam and American Samoa when he was tapped by President Barack Obama in 2009.

Jarvis sees the upcoming Centennial as a way to both celebrate and ensure that the 408 special outdoor and cultural Park Service places remain relevant for the next 100 years. “They represent our national character and are a field guide to our American values. We must find a way to connect to the next generation of park visitors, supporters, and advocates, and the centennial is the path to solving many of those challenges,” he said with passion.

On a more light-hearted note, he pointed out that the National Park Service is the only federal agency with a “constitutional mandate” to have fun. After all, it is right there in the Constitution: “the pursuit of happiness.”

And so for the last four decades Jarvis has been having fun preserving America’s special places with a love of the great outdoors that took root in the forests of Rockbridge County. He has now visited 290 of the Park Service’s special spots. When asked which park is his favorite, he just smiles and says softly, “I love all my children. All 408 of them. My favorite one is the last one I visited.”