Since forming nearly 50 years ago, The Seldom Scene has brought both freewheeling joy and immaculate musicianship to their inventive take on bluegrass, offering up spirited interpretations of songs from limitless genres. On their new album Changes, the band sharpens their focus to a highly specific body of work: songs first recorded in the 1960s and very early ’70s, rooted in the archetypal storytelling of classic singer-songwriters. And in taking on the music of iconic artists like Bob Dylan and Townes Van Zandt, The Seldom Scene perform a sort of subtle magic: transforming the most stripped-bare songs into harmony-rich and elaborately arranged compositions, while wholly sustaining the charmed simplicity of each piece.

Lifted from a soul-stirring version of Phil Ochs’s most celebrated love song, the title to Changes also reflects a major shift for the band: following the 2016 retirement of banjo player Ben Eldridge, it’s the first Seldom Scene album that doesn’t feature a founding member. “I suppose it’s a gutsy move to keep this going without a single original member left,” Connell admits. “But we’ve all been doing this for a quarter-century now, so if anybody can carry that mantle, it’s us.”

On Changes, The Seldom Scene more than proves itself up to task, gracing every song with breathtaking instrumental interplay and heavenly three-part harmonies. Co-produced by the band and Rounder Records co-founder Ken Irwin, the album also spotlights The Seldom Scene’s sheer ingenuity as song arrangers, with even the most starkly composed tracks taking on wondrously intricate textures and tones. 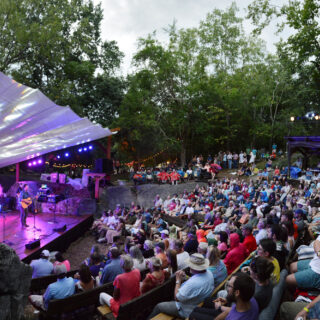