Get up close and personal with animals during this drive-thru adventure.

A llama will stare you down as you enter Virginia Safari Park, whether you drive through the 180-acre zoo in your own vehicle or hop aboard a wagon ride. “The llamas have the most personality and are a big hit with people,” says Sarah Friedel, director.

“They’ll stand in front of your car and stop you. They stop every car!” They know you have food.

Buckets of animal feed are sold alongside admission tickets to the only drive-thru zoo in Virginia. Feeding animals through your car windows or while riding in a wagon (that holds up to 35 people) is a memory-making way to interact with these magnificent creatures. The llamas routinely stake out the entrance, and in doing so have gained the playful reputation of serving as the “llama mafia” since paying them off with a little food is the easiest way to get in.

The park’s 1,000 animal residents—including elk, camels, deer, bison, ostrich, zebra, antelope, and many more!—are free to roam as you navigate three miles of gravel road, stopping to watch and feed them along the way. The animals may block your path, so it’s best not to be in a hurry. “All the animals roam and eat as they choose,” says Friedel. “The animals know they can come up to guests and feed that way.” Moving as herds throughout the park during the day, the animals graze, lounge, nap, play, feed, and act as they please.

Virginia’s drive-thru safari park is split into two sections, plus there’s a ten-acre walk-thru zoo called Safari Village that’s included as part of the admission price. Feed for animals in the walk-thru area—where you can see tigers and penguins plus interact with kangaroos and other animals—is available for purchase at strategically-placed coin machines.

Buy a feed stick in the aviary and a budgie may land on your finger to snag some seeds. Get a lettuce cup and you might feel a giraffe’s tongue on your hand.

New residents include the four cheetah cubs born at Virginia Safari Park this year. “We have one male and three female cheetah cubs,” says Friedel. “We also have Ruppell’s Griffon Vultures successfully breeding every year now—not many zoos have this luck! We’re also getting a new giant anteater exhibit since we have a breeding pair and our female is due in a couple of months we hope.”

While the llamas make sure they get attention from all guests, every animal deserves notice. “We do ‘World Rhino Day’—and, in fact, celebrate it for a week (September 20-26, 2020), with a portion of all proceeds supporting rhino conservation efforts—but the rhinos probably don’t get much attention,” says Friedel. So, don’t skip the rhinos! Even if they don’t block your car, they want your love, too.

Fun for all ages, Virginia Safari Park is open daily from mid-March through November. The state’s only drive-thru safari adventure offers discount rates for groups of 15 or more.

With its abundant animal encounters and spectacular backdrop of the Blue Ridge Mountains, you can build memories and snap some unique photos at Virginia Safari Park. Of course, the “Llama Mafia” T-shirts are optional, but they do consistently rank among the gift shop’s most popular items. Because it’s not every day you face off with a llama. 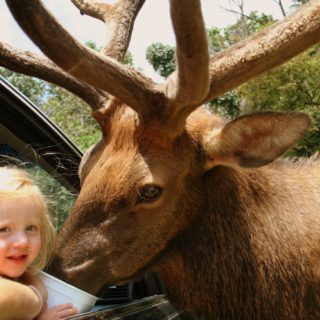 180 Acre Drive-Thru Adventure featuring over 1,000 free roaming animals from around the world. Come feed, pet, and[…] 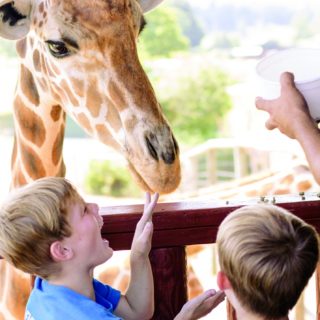 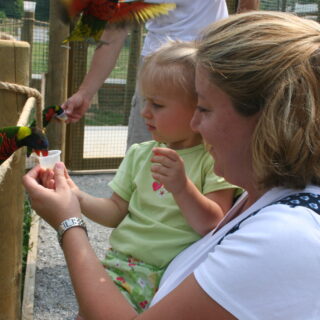 Close Encounters of the Best Kind

Looking for an intimate affair you won't soon forget? Bob Ruegsegger of The Virginian-Pilot found one: the Virginia[…]