A scenic 3-Day drive offers much to do in the southern gateway to the Shenandoah Valley.

Make the most of a three-day weekend by visiting Rockbridge County, Virginia. More than 30 attractions are located within a mere 30 miles of one another, so it’s easy to pack as much adventure as you’d like into your stay.

Use this south-to-north guide to drive scenic U.S. Route 11, which parallels Interstate 81, to get out of traffic, see spectacular vistas, and be near lots of fun recreational opportunities.

One of Virginia’s most historic thoroughfares, Route 11 is also known as “The Wilderness Road”—with a 200-year history, it’s a worthy attraction in and of itself.

Described by Thomas Jefferson as “the most sublime of nature’s work,” Natural Bridge State Park is a genuine “wow”. Estimated to be at least 500 million years old, this 30-story high natural wonder is simply magnificent. Enjoy 7 miles of trails, including the Children's Discovery Area with Kids in TRACK trail and sweeping views of the Blue Ridge Mountains.

Descend 34 stories into the earth at The Caverns at Natural Bridge, the deepest on the East Coast, to see formations on a 45-minute guided tour.

Animals from six continents, including some of the most endangered mammals, reptiles and birds, live together at Natural Bridge Zoo.

Walk through the weirdly hilarious Dinosaur Kingdom II, an artistic display that imagines how the Civil War might have been fought using prehistoric creatures.

At the 180-acre Virginia Safari Park, the state’s only drive-through safari adventure, drive through in your own car, feeding hundreds of animals along the way. Stroll through a ten-acre village for encounters with graceful giraffes, bright birds, and other content creatures.

Halcyon Days Cider Company produces hard ciders from 50 different apple varieties—many of which are heirloom—grown in an orchard that’s a stunning labyrinth that’s an adventure itself.

Several attractions are clustered in close proximity in the charming college town of Lexington, so park your car for free at the Visitor Center and explore on foot.

Local “wild farmhouse beers" made from regional ingredients are on tap at the new Heliotrope Brewery. Sip your pick alongside creative brick oven pizzas.

Climb aboard a horse-drawn tour with Lexington Carriage Company, and a team of spunky horses will roll you through town while a friendly guide highlights local history.

Stonewall Jackson House, the only home ever owned by General Thomas “Stonewall” Jackson, shares the story of family life on the eve of Civil War. Visit the new Exhibition Center and Museum Shop adjacent to the home, and stroll the garden.

University Chapel & Museum, which shares the post-Civil War Reconstruction story of Robert E. Lee, counts the statue “Recumbent Lee,” a painting of Robert E. Lee, and the earliest known portrait of George Washington among its assets.

The George C. Marshall Foundation celebrates the man credited with organizing the World War II victory and peace afterwards, among other feats. Fascinations previously on display include an Oscar statuette, Nobel Peace Prize, and enigma machine to name just a few.

Editor's Note: The Marshall Foundation has closed the museum and is focusing on research and the George C. Marshall Legacy Series, among other special events.

Miller’s House Museum at Jordan’s Point presents the area’s industrial and transportation history inside a house built in the early 1800s, the last structure remaining at the former hub of Jordan’s Point.

The Chessie Nature Trail connects Lexington and Buena Vista, two delightful Virginia Main Street Communities that straddle I-81. The seven-mile trail is located along the former Chesapeake and Ohio Railroad right of way. Walk or run; the trail isn’t bike-friendly due to gates along the trail. Birds, plants, and animals are abundant—including cows, since the trail passes through some active cattle farms.

A short six-mile drive from Lexington on Rt. 60 East, visit the quaint town of Buena Vista, which is nestled in the majestic Blue Ridge Mountains and flanked by the Maury River and George Washington National Forest. Among its attractions is Glen Maury Park, a 315-acre playground that boasts wooded hiking/cycling trails, an Olympic-sized pool, campgrounds, disc golf course, and more.

Meander the River Walk alongside Maury River. See the Paxton House, a National Historic Place built between 1828 and 1831. Roll onto or hike alongside the Blue Ridge Parkway for spectacular views along what’s billed as “America’s Favorite Drive.” The famed Appalachian Trail is just nine miles outside of town; take the opportunity to step onto the storied path that connects Georgia and Maine.

Devils Backbone Outpost Tap Room & Kitchen produces more than 50 different beers based on European brewing traditions throughout the year. Sip any of the 15 different beers available on tap alongside hearty fare. Tours are offered on Saturday afternoons.

Roadmap CoffeeWorks focuses on sourcing top-quality beans from Latin America and Africa roasted on-site. Enjoy a coffee flight, sip hot or cold coffee drinks, and grab a pastry to enjoy in the Tasting Room, outdoor Coffee Garden, or a quick trip to the Drive-Thru window.

Hull’s Drive-In Theatre, a local landmark since the 1950s, boasts the area’s largest movie screen. Movies start about 20 minutes after sunset. Watch a double feature sitting in your car while listening via speakers or on radio broadcast 88.1FM.

Built in 1756, Timber Ridge Presbyterian Church sits behind a marker for the Sam Houston Birthplace. Born in 1793, Houston served as commander-in-chief of the Texas army, President of Texas, U.S. Senator, and Governor.

The Lavender Fields at Tantivy Farm is a pleasant stop for all of your senses. Whiff blooming fields (in season), hike to a picturesque waterfall, taste lavender ice cream, shop for lavender-infused soaps, enjoy peaceful quiet, and more.

A must-stop for quilters and the people who love them, The Quiltery is a supply store packed with patterns, fabrics, notions and more.

At Cyrus McCormick Farm enjoy a picturesque setting then tour a barn filled with exhibits about the invention of the grain reaper that kick-started the mechanical revolution in agriculture.

Rockbridge Vineyard & Brewery produces small-batch wines in a range of styles. Try wines in the tasting room or enjoy a glass while gazing out at the 17-acre vineyard and Shenandoah Valley beyond. A new brewery will open on site in 2020.

See the oldest continuously operating commercial grist mill in the Shenandoah Valley at Wade’s Mill, where local grains have been stone-ground in the traditional way since 1750. Stock up on grits, cornmeal, flour and other treats to take home.

To quench thirst and hunger along Route 11 there’s nothing like a country store to sample true local flavor while stocking up on road-trip snacks plus goodies to take home. From salty country hams to sweet jams, local honey to fresh-churned butter, Virginia peanuts to Route 11 Potato chips, fresh-made pies to slow-smoked barbecue, there’s much to make mouths water at a country store. Visitors and locals flock to Gerties Country Store (540-377-9313), Layne’s Country Store (540-463-7170), and Natty B’s Country Store.

Extend your scenic drive with these possible additions.

To the north – Discover the North Rockbridge Trail, which is comprised of some of the attractions mentioned above plus additional farms, farm shops, antique stores, fabric shops, vineyards, and bed and breakfast accommodations. Stop by the Lexington Visitor Center for details and a driving map.

To the west – Explore Goshen Pass Natural Area Preserve, a 936-acre preserve protecting the 3.7-mile Goshen Pass gorge on the Maury River. This natural treasure boasts steep slopes, jagged rocks, cliffs, river and shoreline, as well as forests and woodlands. Driving through Goshen Pass is arguably one of the prettiest routes in Virginia. Route 39 parallels the Maury River and offers several lookouts down into the gorge. Whether you seek picturesque vistas or heart-thumping adventures, be sure not to miss Goshen Pass.

For help planning your visit to Rockbridge County, Virginia, explore www.lexingtonvirginia.com and www.rockbridgeoutdoors.com, or call 540-463-3777. When you arrive in Lexington, be sure to stop by the Visitor Center at 106 E. Washington St. for free maps, brochures, and tips from friendly folks. 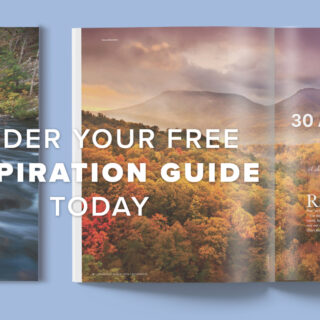 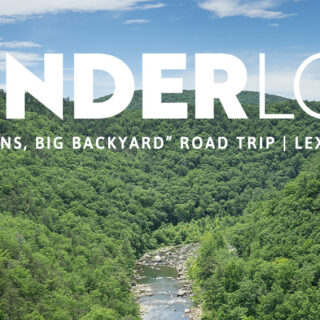 Whether you’re looking for a weekend escape or a week-long adventure, your WanderLOVE “SMALL TOWNS, BIG BACKYARD” road[…] 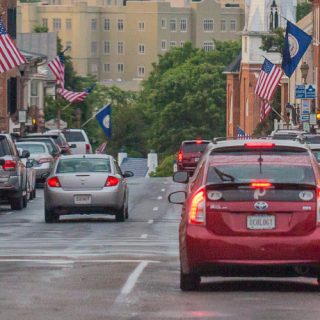 A Day or More in Walkable Downtown Lexington 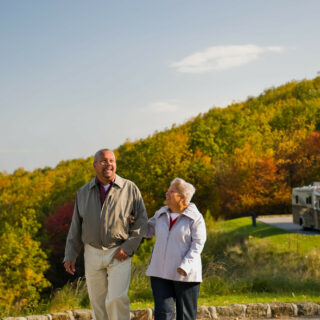 Country roads curve through the Shenandoah Valley, linking historic villages and picturesque wineries to the nation’s[…]